Dan Hopkins, born and raised on a farm in Illinois, started The Haunted Chicken House in Hollis, Alabama in 2003. It was nothing more than 100 feet of a house, plastic, 2x4s, and zero props. They opened for 23 nights and had an attendance of 800 people. Dan had never gone to a haunt before. Having very little idea of what he was doing, he was afraid it would flop. That year, they took in over $11,000 for the Hollis Volunteer Fire Department. Dan was surprised and elated.

In 2021, they ran for only 13 nights and had an attendance of over 13,000 patrons. Which, keep in mind, is in a community of less than 100 people. They have become the largest tourist attraction in East Alabama. With each year that passes, they raise more proceeds, edging ever closer to their ultimate goal of building a brand new Fire hall.

With Chicken Hawk and Da Bobo helping with every aspect, and the increasingly larger crowds, Dan still “finds time” to do the smallest of jobs. His favorite being cleaning out the porta-potty and getting the pleasure of being the first person to taste the pee biscuits.

The Haunted Hayride was added in 2010. It was a hit and has grown every year since. It now encompasses 25 acres of monsters, chainsaws, clowns, and fear.

The newest and most terrifying attraction, born out of Dan’s twisted mind, has sparked fears in every customer that has experienced it. The Crazy Train, aptly named, is a blood pumping ride on a short bus going 60 miles per hour, while weaving in and out of dense woods, finishing off with a jump over a 12-foot cliff.

The Haunted Chicken House has an extensive mid-way that includes a merchandise building, both local and guest haunt actors, occasional live music, performances from other talented artists and actors, as well as a massive list of onsite concessions. They offer multiple food options, made to order, ranging from hamburgers, hotdogs, chili, and fried Oreos. This year, for the first time, they will have haunt-centric branded kettle corn, from the amazing folks at GOODSTUFF’S KETTLE CORN EMPORIUM.

Do you have questions about our Event?
Please fill out the contact form.
We try to reply to emails within 24 hours

Open every Friday and Saturday Night in October
From 7:00pm - Midnight 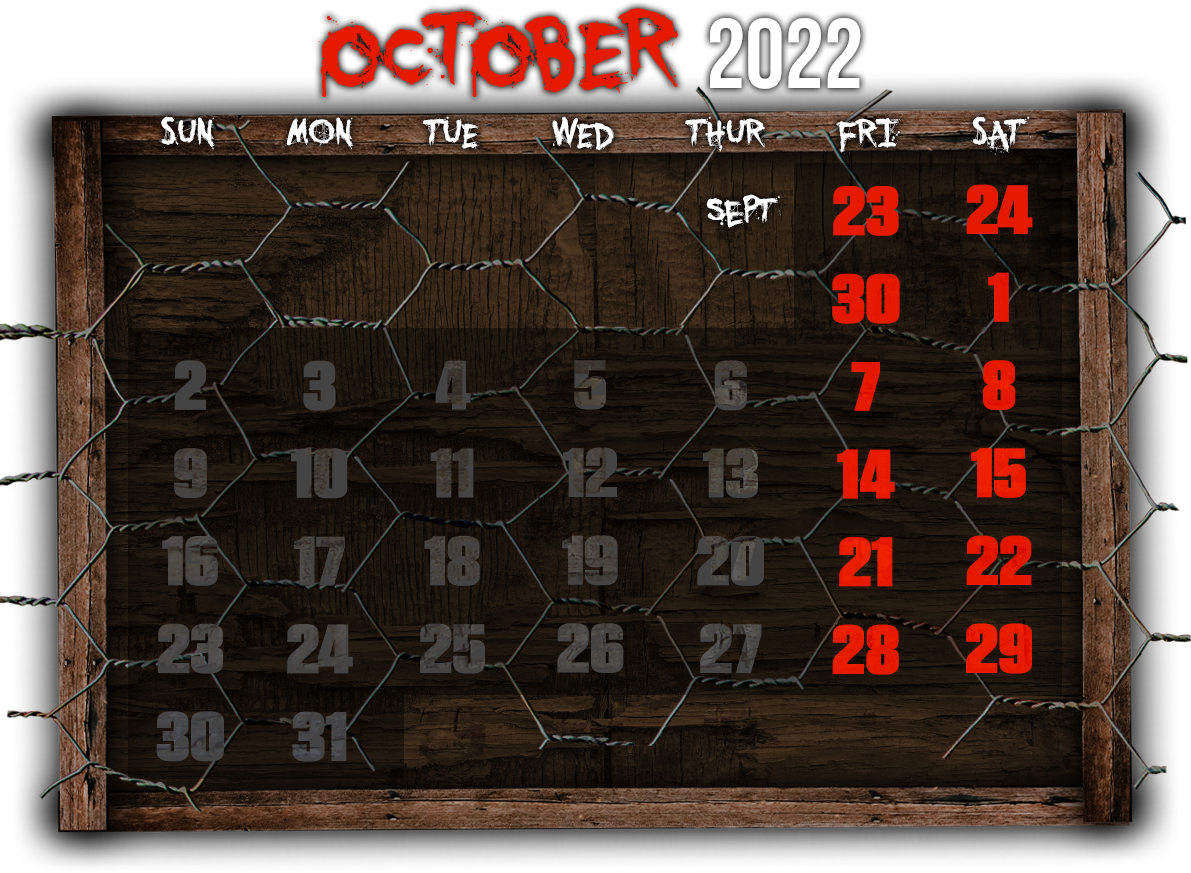 (VIP allows you to advance to the front of the line) 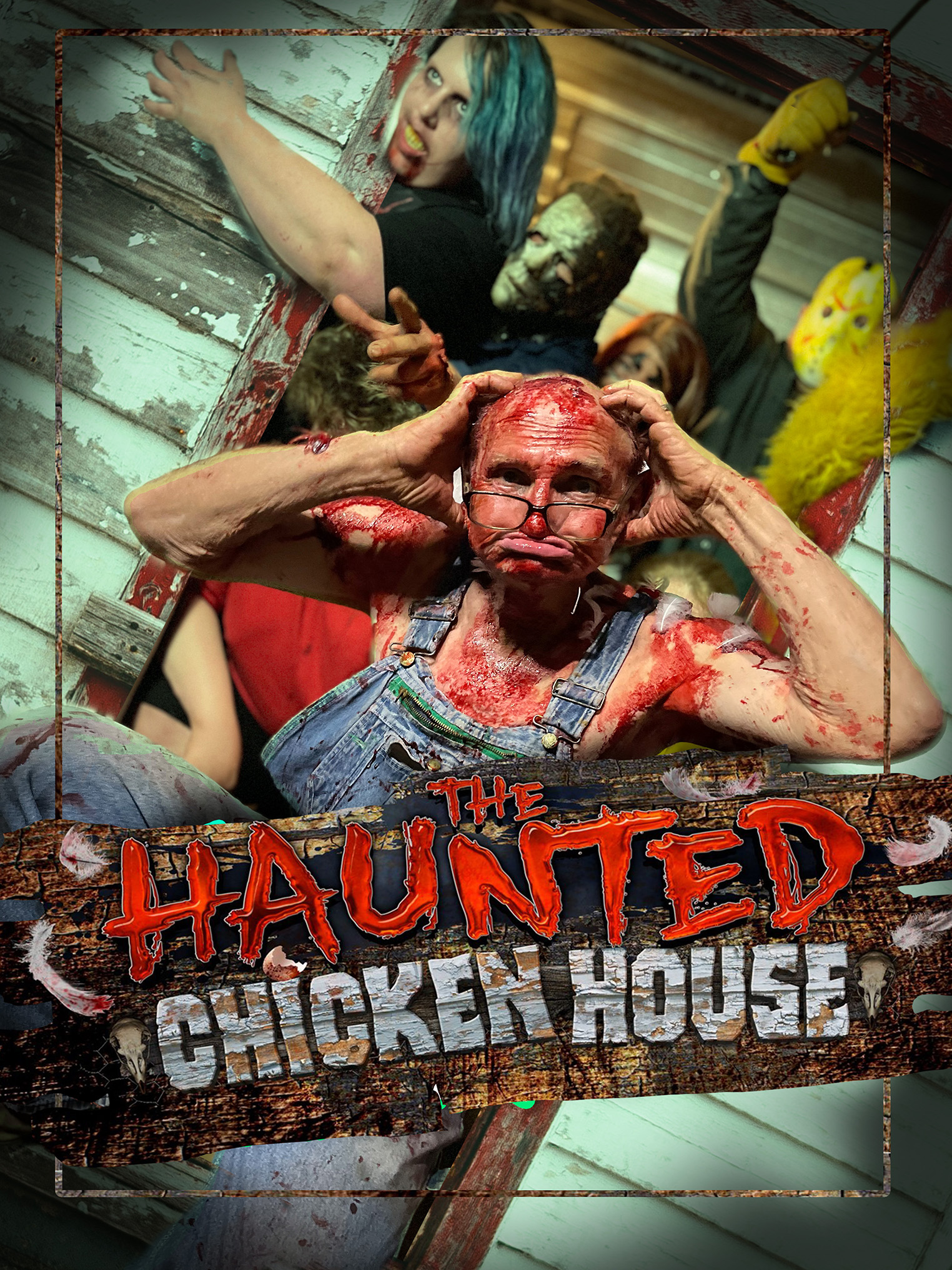